Roger Cagle’s dream was to one day live on the water.

But as a teenage growing up in Heavener, Okla., his dream location wasn’t Wister Lake, a favorite fishing spot for outdoorsmen near the Ouachita Mountains in the southeastern part of the state. Instead, he caught himself daydreaming of the beaches and crystal-clear water of Florida’s coast during the 100 degree-plus Oklahoma summers.

Cagle, however, had no idea how he would ever reach his salt-watery dream from Heavener. Far from a glamorous life, the fortunate people in southeastern Oklahoma during the 1950s and ‘60s worked for the Kansas City Southern Railroad. And Cagle’s family was not part of that fortunate class.

“My dad was one of the unfortunate few who didn’t work on the railroad,” says Cagle, the youngest of Elmer and Ruth Cagle’s eight children.

Life was hard in the Cagle household.

Elmer Cagle had a fourth-grade education and did his best to keep food on the table until he died while Roger was in high school.

Ruth Cagle went to school through the sixth grade, but she had to quit after her mother died. She became the woman of the house and looked after her siblings and cooked for the boarders who worked in the local sawmill. After her husband died, she made a living ironing clothes, babysitting and cleaning homes.

To fight for survival, the Cagles enrolled in the U.S. Department of Agriculture’s commodities program.

“We were basically on welfare,” Roger Cagle says. “I remember having the embarrassment or shame of having to go with my mother to pick up what we could to live on. My mom and I would go down once a month when they handed out these big jars of peanut butter, flour, all the necessities of cooking.”

“My father didn’t really care if you quit school and went to work but my mom was always saying, ‘Get out of this. … Make your grades and go to college, so you can get out of this,’” Roger Cagle says.

He took his mother’s advice and eventually fulfilled his dream of living on the water. Along with his wife Cindy and her parents, he sailed from one ocean to the next for several years. They boarded a 60-foot yacht in January 1991 and spent most of the next three years at sea. 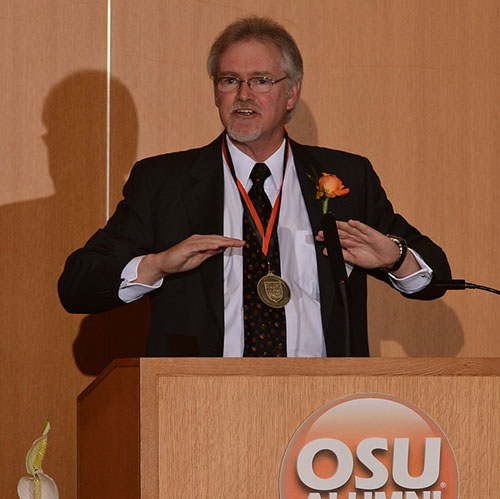 Cagle says the time as seas and many of his other accomplishments, wouldn’t have been possible without his OSU education. The Heavener High School 1965 valedictorian chose OSU over the University of Oklahoma and the University of Arkansas after receiving academic scholarship offers from each.

What takes most students four to five years to accomplish took Cagle a little longer because of some “distractions.” He quit going to class as a sophomore and withdrew from school before joining the Marines during the Vietnam War. The G.I. Bill gave him the opportunity to return to college after two years serving his country, and he planned to attend either Rice University or Colorado State University.

His plan again got derailed, and he went to work in construction for his brother-in-law.

“We were building a dam near DeQueen, Arkansas, in what had to be one of the hottest summers of my life, and I quickly decided there had to be a better way to make a living,” Cagle says.

He lived at home for a few semesters while attending Carl Albert Junior College in Poteau, Oklahoma. He then re-enrolled at OSU.

After trying engineering his first time at OSU because someone suggested he would be good at it, this time he followed his curiosity and pursued other interests. He tried journalism and political science before finding his niche in the College of Business.

“It was really a good time. I enjoyed school so much that I went year-round, even though I had to work to support myself and my family,” Cagle says. “Being older, I had a different experience than most of the students and got to build relationships with many of the professors.”

Cagle had more than 260 credit hours when he graduated in 1973 with a bachelor’s degree in business administration. He would add his MBA two years later.

“I can tell people that if the G.I. Bill hadn’t run out, I’d still probably be taking classes and enjoying Stillwater,” he says. 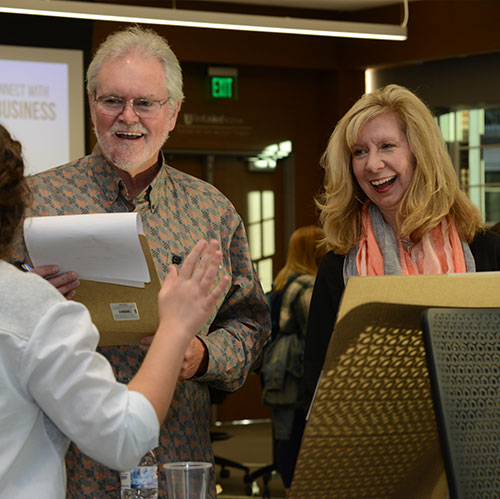 It didn’t take long for the 28-year-old ex-Marine to find employment.

Cagle had numerous job offers. He selected Exxon USA, where he worked closely with Ed Story, the company’s controller. It was the beginning of a working relationship that is still going strong nearly 40 years later.

After three years together at Exxon, Cagle and Story moved to Superior Oil Co. They stayed only a few years before forming their own independent oil and gas company, Conquest Exploration Co.

On holidays, Roger and Cindy Cagle often visited her parents aboard their yacht in the Caribbean.

“I told her dad that they should sail around the world, and he said they would if we would come with them because they couldn’t do it by themselves,” Cagle says. “Our answer was, ‘We can’t do that because we have our careers to manage.’”

Little did they know that within a few months, American Exploration would make an offer for Conquest Exploration. When the acquisition was complete, the Cagles got their chance to live on the water.

“In a period of about four weeks, we sold everything we owned and stuffed everything we needed into two military-style duffle bags and joined the boat in Panama,” he says. “We spent the better part of the next three years sailing the South Pacific.”

People had two opinions about the Cagles’ journey.

“One was that we were crazy because they believed we’d be unemployable when we decided to return to work, and that we were jettisoning our careers,” he says. “Other people said it was the greatest thing in the world, and they wished they had the guts to do it. We stayed in touch with those people as we were sailing to these far-flung places all around the world.”

One person they kept in touch with was Ed Story, who had formed another international oil and gas exploration company and needed someone to head a Russian project. The Cagles were anxious to get back to work and did so as independent contractors for a few years before again heading back to the yacht to enjoy a leisurely lifestyle.

But Story again called the Cagles and said company executives wanted to go public, and Story wanted their help.

“I told him he was nuts,” Roger Cagle says. “I’m sitting down in the Caribbean; I’ve only got the shorts I’m wearing and a couple of swimsuits, so why would I want to do that?”

With a few weeks, the Cagles were on a flight to London, where they oversaw the initial public offering for SOCO International. The oil and gas exploration and production company’s IPO took from January to May 1997 to complete. At the time, it was one of the quickest completed full listings on the London Stock Exchange.

The Cagles have called London home since, and the couple has been instrumental in the company’s growth to record revenues in 2012. Story is SOCO’s president and chief executive officer, Roger Cagle is executive vice president, deputy CEO and chief financial officer, and Cindy Cagle is vice president of finance and was recently named to the board of directors.

Capturing his dreams would have been impossible without his OSU education, says Roger Cagle, 65, who was inducted in the Spears School of Business Hall of Fame in November.

“I often tell people that almost anybody can walk into a situation when everything is going perfectly and do well, but the people who learn to think and are capable of succeeding beyond the norm, whatever that might be, and deal with conflict are the difference-makers in life. In my mind, the ability to successfully deal with conflicts separates the people who are ultimately winners and losers.”

(This story appeared in the Spring 2013 edition of STATE magazine.)