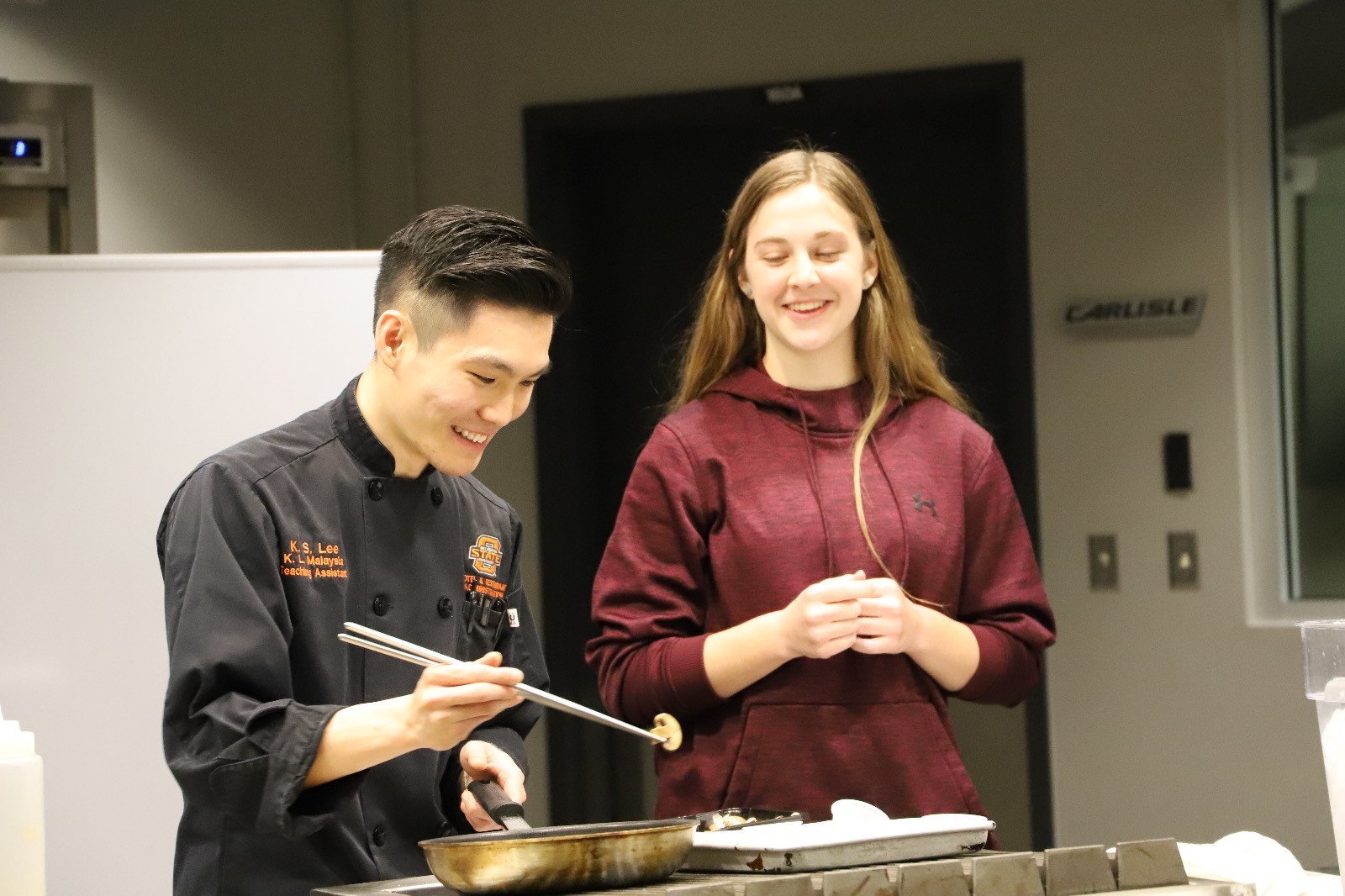 Our Graduate Global Student of the Month is Kai-Sean Lee. A native of Malaysia, Kai-Sean is currently pursuing his Ph.D. in Business Administration.

“A lot of people really have no idea where Malaysia is on the map, sometimes I jokingly tell people that I am from Singapore, just to help ease the conversation along. One thing that many people tend to complement is how well I can speak the English language. What many people do not know is that Malaysia was part of the British rule, and that English is a core language component in our education system and everyday lives.

I spent all my childhood and college years in Malaysia. I attended possibly one of the most “dangerous schools” in the country attributed to the number of police reports and gang fights recorded in the early 2000s. I stayed out of trouble for the most part, and I played semi-pro basketball, representing my club and state in the national games. I would say that was my highlight of my teenage years, as it earned me a sports scholarship in one of the best universities in the country—Sunway University.

I grew up in a household with dual-working parents and an elder brother ten-years older than me, who for the most part, was working to help support the family. Each of them worked in different facets of the food and beverage industry, and was influential in my career choice in becoming a culinarian. Mom is a tremendous fighter and cook, who cooks from her soul and by listening to the vibrations of her childhood memories. Dad is always a pillar that the family could lean and rely on. And my brother is an artist at heart, gifted in expression and intellect. Sometimes I really wonder whether he should be the one pursuing the Ph.D. rather than me.”

What are a few interesting facts about Kai-Sean? He speaks four languages—English, Mandarin, Hokkien, and Bahasa Malaysia. He played Varsity basketball at Sunway University in Malaysia and he is currently writing a book. 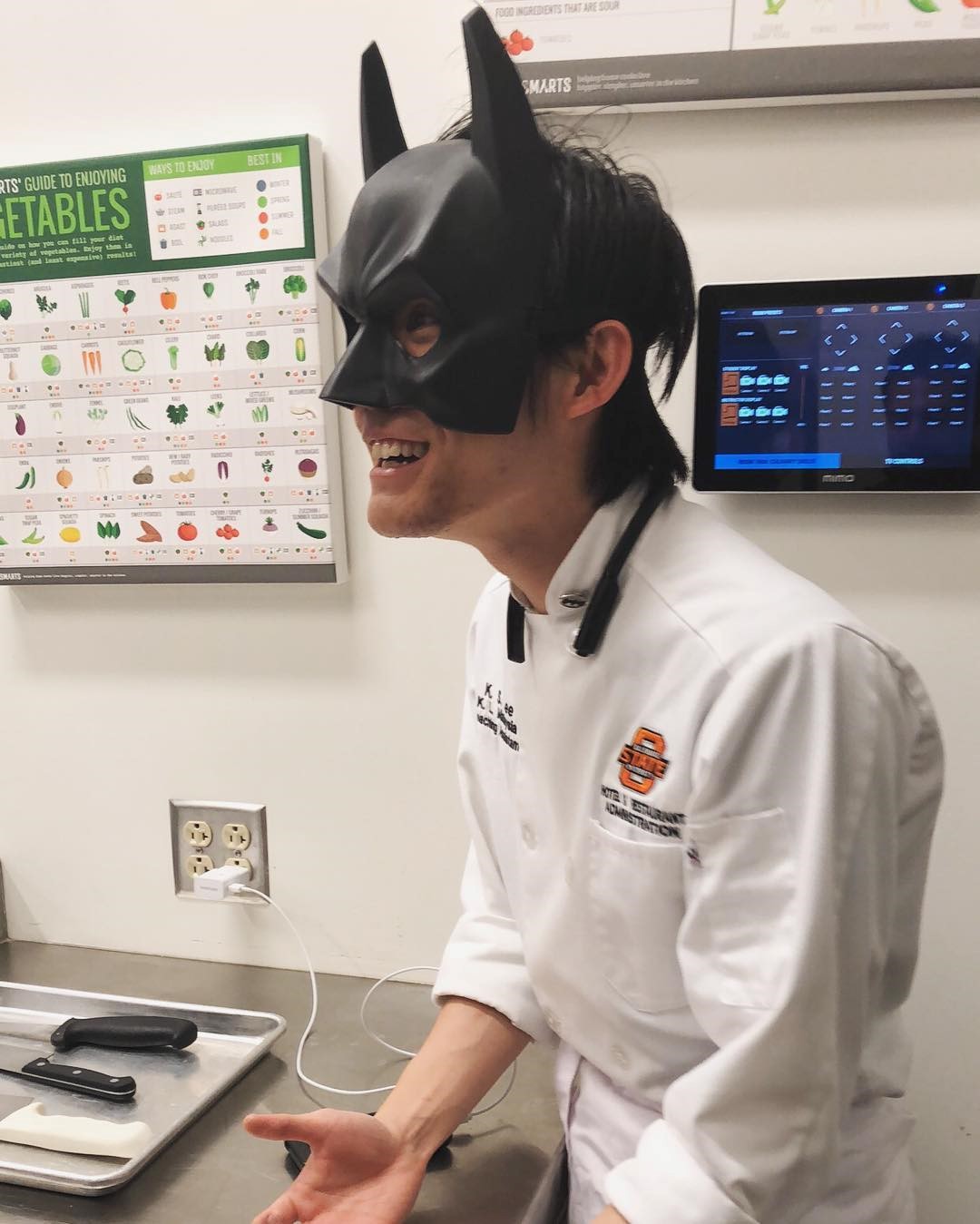 Kai-Sean arrived in Stillwater in August of 2016. This was his first-time leaving Malaysia and on a leap of faith, he decided to pursue his Master’s Degree in Hospitality Administration here at OSU.

“HTM has really emerged to become a second home for me, my peers, the faculty and staff, and the students are by far some of the greatest people I hold near and dear to my heart. If I bleed, it would probably be in the color orange.” 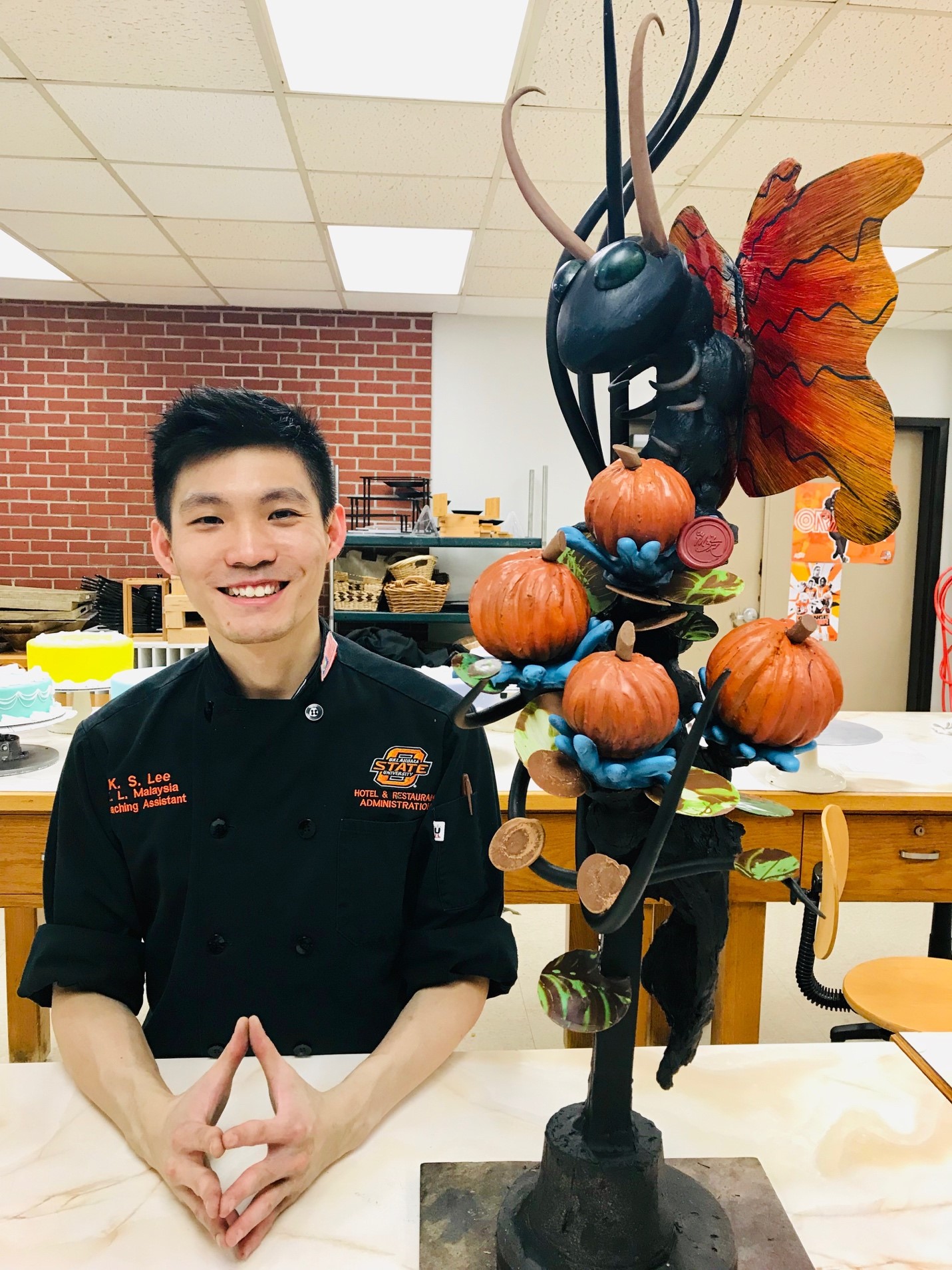 During Kai-Sean’s undergrad at Sunway University, he was part of a culinary program accredited by Le Cordon Bleu. He graduated with honors and a research publication in the Journal of Destination Marketing & Management at only 22-years-old. Kai-Sean has been credited with 18 publications in hospitality and tourism journals.

“I hold a deep passion for social sciences research in the culinary world, particularly on how chefs perceive and “live” through the creative process.”

Kai-Sean enjoys playing basketball, diving into comic books and watching movies. He spends most of his free time immersing himself in these hobbies.

“They provide me a form of escapism. I once taught a culinary class with a Batman mask on, on top of my culinary uniform.”

After graduation, Kai-Sean will continue to pursue his calling of teaching, and hopes to land a faculty position somewhere in the Western Hemisphere.

We are proud to call Kai-Sean an OSU Cowboy and our Graduate Global Student of the Month! Congratulations Kai-Sean!